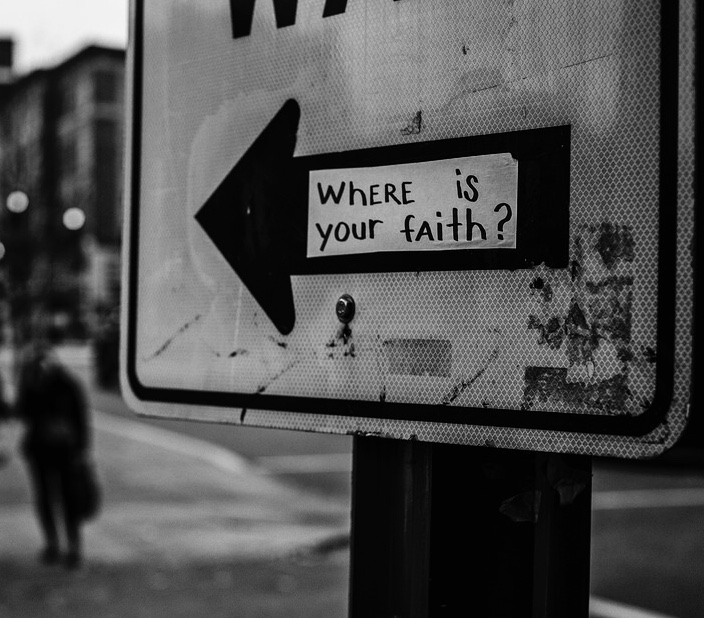 (May 2018) This feature originally appeared in National Review (Nov. 10, 2017). This piece speaks so well, so pointedly, to what is becoming the entrenched public personna of evangelical Christianity, where we care more for political power and winning the “culture wars” than we do the cause of Christ.

There are some Bible stories that really stick with you. Here’s one that’s challenged me my entire life:

Centuries before the birth of Christ, the tiny and vulnerable kingdom of Judah faced an existential threat from the Assyrian empire. The prophet Isaiah’s message to the Judean king, Hezekiah, was clear: Trust God for your salvation. He alone can and will protect his people. The demand for trust was so absolute that Isaiah unequivocally condemned any quest for a military alliance for protection.

His words echo through the ages: Woe to those who go down to Egypt for help and rely on horses, who trust in chariots because they are many and in horsemen because they are strong, but do not look to the Holy One of Israel or consult the Lord.

Consider the challenge here: A king is told to shun a military alliance with a pagan power and to face death and destruction alone, trusting solely in God’s deliverance.

I never forgot the lesson. I remembered the admonitions of Sunday-school teachers, my Bible professors at college, and my pastors: Christians, never forget, our ultimate hope is in the Lord. Be wary of an alliance with evil, even when the need seems overwhelming.

Obviously, these fools didn’t understand the importance of electing a junior senator from Alabama to fill out a partial term of office. Sure, Hezekiah faced the Assyrians, but by golly we face Doug Jones. We’ve got no choice but to ally with a dangerous, unfit man — a man who proclaims Christianity while systematically violating the law, seeks to deny the most basic civil rights to his fellow citizens, and now faces heavily sourced and corroborated claims of past sexual misconduct with minors.

I keep hearing these words from Evangelicals: We’ve got no choice. The Democrats are after our liberties. They’re seeking to destroy our way of life. Some even go so far as to say that even if the allegations against Moore are true, they’ll still hold their nose and put him in office to keep Jones from serving three years in the Senate.

I’m sorry Evangelicals, but your lack of faith is far more dangerous to the Church than any senator, any president, or any justice of the Supreme Court.

Do you really have so little trust in God that you believe it’s justifiable — no, necessary — to ally with, defend, and even embrace corrupt men if it you think it will save the Church?

Though I didn’t agree with the decision to vote for either Donald Trump or Hillary Clinton, I also didn’t doubt the sincerity of Evangelicals who expressed real worry about putting the awesome power of the presidency in Clinton’s hands. But what now? There’s no defensible argument for choosing the “lesser of two evils” in Alabama. Yet I see friends and allies excuse and even defend sins in Moore (and Trump) that they’ve never, ever excused or defended in any Democrat. And for what? To win the news cycle? To gain influence? This disease is spreading, too.

The Family Research Council, to its great shame, invited Steve Bannon to address it’s so-called “Values Voter” conference. Bannon, by his own admission, helped make Breitbart a “platform” for the vile alt-right, a violent and viciously racist movement that has time and again threatened even the FRC’s Christian friends and allies. What crisis could possibly demand an alliance with such a man?

I’m beginning to realize that countless older Christians misled their kids and grandkids. They said that moral character matters in politicians. They said they were building a movement based around ideas and principles, not power and party. They said those things right up until the moment when holding firm to their convictions risked handing Hillary Clinton the presidency, and at that point the dam broke. Now, they’re willing to sell out for a lousy Alabama Senate seat.

The bottom line? Through word and deed they chose to trust bad men and not a holy God. Some apply double standards, granting the benefit of the doubt to ideological allies even as they condemn their opponents. Others distort biblical stories to rationalize their alliances. It was bad enough to see Donald Trump compared to King David. Now we have to endure an Alabama official’s comparison of Roy Moore to Joseph. Yes, I know there are many instances in which godless kings did good things for God’s people. God can turn the heart of any man. But there is a vast difference between seeking favor from an unrighteous ruler and choosing, defending, and embracing the same unrighteous ruler from the start.

Evangelicals, you’re putting people like Donald Trump and Roy Moore in office. You’re declaring to the world, “He’s our man.” In graver times, God’s people have demonstrated much greater faith. We stumble when the stakes are comparatively low. Our failures will come back to haunt us. There will be woe to those who’ve compromised with evil through lack of faith. A reckoning is coming. May God have mercy on us all.

This blog was never intended to be shared beyond a small circle of friends and family (as evidenced by the lack of followers and readers -- I guess that means I can check off this endeavor an an unqualified success!). I've "pushed" this out a couple of times on Facebook only to discover the blogger equivalent to the age-old existential question about whether the tree that falls in a forest makes a noise (i.e. If you post a blog that no one reads then did it ever exist in the first place? Or something like that). In any event, most of these entries try to engage those who have already tried God and found him wanting, whether in regards to goodness and mercy or just plain old reason. “Religion that God our Father accepts as pure and faultless is this: to look after orphans and widows in their distress and to keep oneself from being polluted by the world.” James 1:27 View all posts by letterstotheskeptic